India is gradually experiencing an increase in urbanization and increasingly disposable incomes. Reﬂecting the drift to an increasingly urban lifestyle, the 10 major cities in the country account for over 60 percent of all poultry meat consumption. There has also been a gradual shift in eating habits, with the well-informed younger generation increasingly adopting non-vegetarian diets. 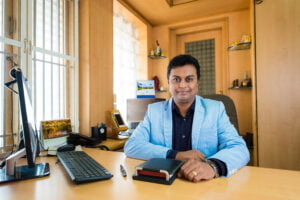 Demographic changes happen to favor both broiler and egg industries as proteins derived from poultry are more affordable and are not associated with any religious taboos. Although consumption levels are rising, per capita consumption of meat is still 4.4 kg per annum against the ICMR recommended 10.5 kg per annum The per capita consumption of eggs is 68 eggs per annum against the ICMR recommended 180 eggs per annum. Food processing is expected to become one of India’s major industries in the coming years. The production chain is rapidly evolving with increased production and processing, better storage facilities, and evolving preferences.

At present, only 10 percent of the agricultural produce is processed, resulting in a lot of wastage. The government plans to triple the sector’s capacity and has also committed investments of 6000 crore rupees in mega food parks across the country. The production is becoming more integrated in the broiler sector. Meanwhile, 85 percent of all egg production is accounted for by commercial farms. The increasing demand for poultry meat and the improved organization has made India the third largest producer of eggs and the ﬁfth largest producer of broilers.

The beneﬁts of processed meat

A mature processed meat market will be beneﬁcial to producers and customers alike. Processing technology will increase the shelf life of all meat products, which will make it easier for farmers to absorb any shocks due to the improved control over the inventory. Also, the fact that the product can be stored will shield them from unexpected crashes in prices.

With social distancing being the new normal for foreseeable future, and the need for hygienically stored meat which is not touched by hand is going to go up. Customers are going to educate themselves and start looking for traceability, t, and fresh and hygienic meat. Processed meat is the logical answer to all the above demands, and it will allow producers to adhere to the strict quality requirements. Players who can integrate themselves into a brand-driven processed meat market could gain a lot from this trend.

However, there are a number of challenges that need to be addressed if we want the industry to ﬂourish.

Over 60 percent of broiler birds and eggs are produced in six major states. Birds are usually transported alive in unhygienic and inhumane conditions resulting in mortalit during transport. Lack of dry processing and proper cold chain facilities make transportation of good poultry produce a logistical challenge.

There is no regulatory authority ensuring quality standards in farms, processing and transportation in the domestic market. Licensing is done on the municipality level, and they lack the knowledge and expertise to enforce uniﬁed quality standards.

The rampant use of antibiotics to treat infections and promote growth has led to the rise of multidrug-resistant pathogens. The industry must shift to bacterio-phages and enzybiotics to minimize losses and increase productivity. Once these areas are properly addressed, it might improve the outlook for the sector.

Although an increase in consumer demand was able to restore poultry products’ prices, the lockdown had already affected the poultry farmers in several ways. As soon as the lockdown commenced, the sales started to plummet. It also led to disruption in transportation, which prevented the movements of poultry products and other supplies to the markets. The loss of two sales broiler cycles proved to be costly for small-time poultry farmers. The bigger producers were able to tide through tough times by channeling their sales into processed meat and other value-added products.For poultry producers who sell products to the restaurant, hotel and catering sector, the current situation is quite challenging. These outlets accounted for 40 percent of total sales before the pandemic and a lot of them still remain closed despite easing of restrictions. Full recovery of the sector is not going to happen till large public gatherings like parties, weddings, and conferences are allowed to take place again.

Although restrictions are being eased in a phased manner, new hotspots continue to emerge due to which various local governments are reimposing mobility. Meanwhile, the periodic outbreaks of avian inﬂuenza led to the recirculation of false claims that chickens are potential carriers of coronavirus. However, the temporary obstacles aside, the situation is expected to stabilize soon.