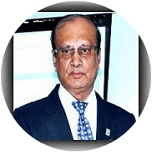 There seem to be some confusion and psychic fear among the people that consuming poultry products will spread corona viral infection to humans beings. This is what we are hearing. Hence this note is to clarify some of their doubts in the poultry business.

It is better to clarify the nature of the coronavirus for better understanding of the infection in various animals and human.

What is Corona virus?

The name of this virus comes from the Crown like spikes it has on its surface — “corona” is Latin for “crown.(Fig1)” Corona viruses are a large group of viruses that infect mostly bats, pigs and small mammals. In rare cases, they are zoonotic, meaning they can be transmitted from animals to humans. Corona viruses are circulating in animals and some of these coronaviruses have the capability of transmitting between animals and humans. We call this as “spillover . The phenomenon. The present outbreak of corona virus infection in humans is a classic example. 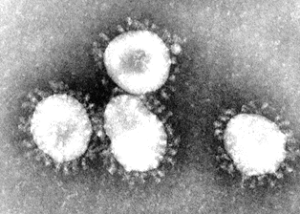 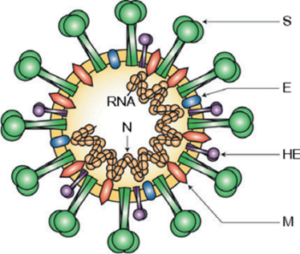 Which other animals prone get this infection?

Coronavirus and coronavirus-like infections are described in animals such as swine, cattle, horses, Camels, cats, dogs, rats, birds, bats, rabbits, ferrets, mink, and various wildlife species, although many coronavirus infections are subclinical or asymptomatic, meaning without causing any disease. Several important diseases are caused by CoVs in animals and birds. Infectious bronchitis virus (IBV) was the first CoV identified (in the 1930s) in Chickens. A pig coronavirus caused the deaths of millions of piglets in the United States in 2014. The feline CoV (FeCoV) causative agent of FIP, a deadly disease of domestic cats. A rodent Corona virus, mouse hepatitis virus (MHV), has served for many years as a useful model system for investigating CoV replications and pathogenesis. Canine Respiratory disease CRCoV is a relatively newly identified cause of contagious respiratory disease in dogs.

The evolution of novel corona (nCoV2019) virus causing devastating respiratory disease in humans in Wuhan city of China, is the reason for mortality of more than 1200 people and 45,000 patients remaining critical with infection which has created panic world over. The disease is spreading from person to person through aerosol contamination and hospital contamination throughout the world in more than 25 Countries.

Is n Covid-19 is similar to SARS and MERS?

In humans, corona viruses are included in the spectrum of viruses causing the common cold, and also recently found that human pathogens can cause lethal zoonotic infections like Severe Acute Respiratory Syndrome (SARS) 2002 and Middle East Respiratory Syndrome (MERS) 2012. Even though these are related the strain of nCoV is different from both SARS and MERS. The n Cov is newly evolved from wild animals and reptiles.” The emergence of new virus was predicted by scientists (Vincent et al 2007) way back in 2007it self. The presence of large reservoir of SARS Co-like virus in horse shoe bats, together with culture of eating exotic mammals in south China is a time bomb. WHO declared it as a new strain and named as nCovid-19 meaning “novel corona virus disease

Is n Covid-19 present in India?

On 30 January, the Union Ministry of Health and Family Welfare in an official statement said that a students from Kerala, who were studying at Wuhan University and travelled to India, have tested positive for the corona virus. Presently they are free form infection and out of danger.

Is poultry suffer from Corona Virus?

The answer is yes, but these are different strains of coronavirus causing three distinct health problems in chicken. In chicks it causes bronchitis called as Infectious bronchitis (or familiarly called IB infection). IB caused by Avian RNA Corona virus-Infectious Bronchitis Virus (IBV). The IBV infected chick gasps for breath and shows respiratory distress. In egg laying birds (Layer birds) it cause 5 to 10 per cent drop in egg production, production of irregular corrugated shells and thin watery egg albumin. This is because of oviduct infection. In broiler chicken, the variant IBvv causes severe kidney damage –Nephritis and cause 15 to 20 percent mortality among the infected chicks.

Turkey birds also suffer from corona virus infection. Turkey Corona virus were first recognized in turkeys in the United States in 1951 and were associated with various enteric disease syndromes, variously termed as “blue comb disease,” “mud fever,” “transmissible enteritis” and “corona viral enteritis.” This disease is present throughout the world, essentially wherever turkeys are raised. The virus can also infect turkeys of all ages, but the most severe enteric disease is evident within the first few weeks of life.

How the corona virus Evolved :

Development of several new IBV strains is due to genetic recombination. Presence of 793 B variants in broiler breeders is an example. Pathotype IB variants are having tissue tropism that they infect in specific tissues such as respiratory, oviduct, kidney and muscles.(neck muscles of baby chicks).

There are several Corona virus strains originate from different parts of the world. IB produce Viral quasi species which are the mutant distributions (also termed mutant swarms or mutant clouds) that are generated upon replication of RNA viruses, thereby producing more than 50 IB Variants.

What types of Vaccines are available to control IB?

The frequently asked questions by poultry entrepreneurs and consumers are:

If a person consumes poultry meat of infected birds will it cause respiratory disease in humans?. If the person handle the IB sick birds gets infection?. Will IB directly infect farmers ? How safe to eat the meat of IB infected birds?

The answer for all the above is no. No risks to human health are suspected or have been demonstrated to arise from poultry corona virus IBV. Neutralising antibodies have been detected in people working with commercial chicken flocks, but the significance of this remains unknown. Possibility of transmission of virus from human to human or human to animal has no evidence. Humans can only transmit IBV to chicks by mechanical means. Further the Indian cooking habits kill almost all the infectious agents and hence poultry meat is safe and nutritious.
( All the above facts have been taken from scientific articles published world over and reports from WHO/CDC documents).
.