Since the authorities banned the use of formaldehyde as a feed additive, Adiveter has been researching in the development of alternatives for this in European and Turkish market in order to keep a safe feed production. Form-ad Plus and Form-ad Plus P are liquid preservatives based on a specific combination of selected volatile short organic acids and their salts, medium chain fatty acids and essential oils.

Feed safety is one of the major concerns of feed producers given that feed contamination can negatively affect animal health and performance. Animal feed can be a carrier for several microbial contaminants such as bacteria, yeast and moulds (Maciorowki et al, 2007), being considered as a major source of infection with Salmonella. To prevent this pathogen feed contamination, feed compounders used to add formaldehyde or organic acids as preservatives.

Although formaldehyde is very effective reducing Salmonella contamination, it was classified as carcinogen and its use was banned by EFSA since 2017 in Europe and Turkey. The ban on formaldehyde allows formic acid and other blend of organic acids to be used as bactericides, being one of the most potent organic acids for reducing microbial load such as Salmonella, E coli, Clostridium and Campylobacter, according to scientific research.

More than 25 years back Adiveter’s leadership in feed safety. Since the authorities banned the use of formaldehyde as a feed additive, Adiveter has been researching in the development of alternatives for this in European and Turkish market in order to keep a safe feed production. Form-ad Plus and Form-ad Plus P are liquid preservatives based on a specific combination of selected volatile short organic acids and their salts, medium chain fatty acids and essential oils. 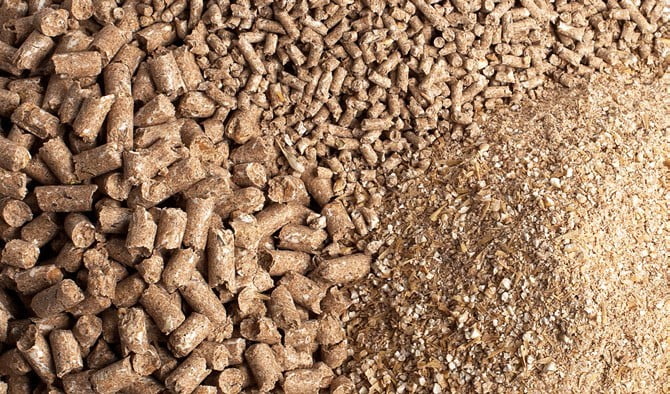 The specific combination of SCFA and MCFA in Form-ad Plus and Form-ad Plus P has synergistic effects in bacterial inactivation and animal performance. They reduce the bacterial load in raw materials and feed and protect them from further contamination. Thanks to lipophilic properties, MCFA destabilizes and damage the microbial cell membrane and increases the penetration of SCFA. SCFA can directly trigger the intracellular acidification of bacteria and inhibits their replication.

It is well demonstrated the antimicrobial effect of organic acids. While SCFA are more effective against gram-negative bacteria, MCFA have a greater effect on gram-positive bacteria. MCFA can also provide a protection against some viruses.

Form-ad Plus and Form-ad Plus P include nonanoic acid in their formula. It inhibits the growth of the bacteria by membrane disruption, involving mainly the disruption of electron transport chain and the interference with oxidative phosphorylation. The inner membrane of bacteria is an important site for energy production and it is where the electron transport chain is located.

Only a limited number of studies have investigated the roles of MCFAs like nonanoic acid (C9), particularly regarding intestinal epithelial barrier function. A study undertaken have revealed the role of C9 to increase and enhance intestinal epithelial immunological barrier function against bacterial translocation, being a method for preventing bacterial infections and intestinal disorders in animals. (Wang et al., 2018)

It is also suggested that C9 has the capacity to induce the expression of pBD (porcine β-defensins) genes in some cells, including the pBD-1 (that plays a potential role in surveillance and maintenance of a homeostatic state of gut microbiota on the mucosal epithelium) and pBD-2 expression (that likely inhibits pathogenic bacteria). (Wang et al., 2018)

These experiments were carried out to show the efficacy and corrosivity of Form-ad Plus and Form-ad Plus P (synergic blend of short and medium chain fatty acids and essential oils), Salmocid-F (formaldehyde-based product) and two competitors: blend 1, a mixture of free organic acids (formic acid 75 % and propionic acid 25 %) and Blend 2, a mixture of free organic acid (formic acid 75 %) and ammonium formiate 25 %. 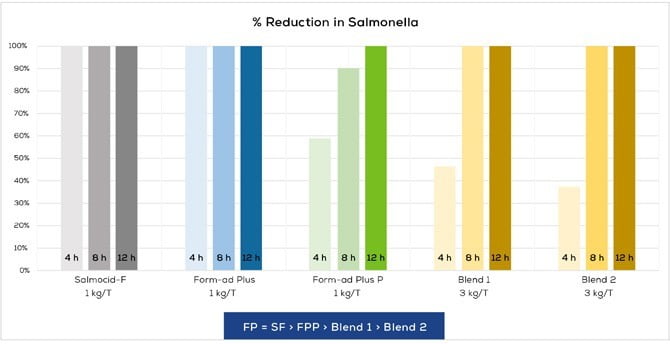 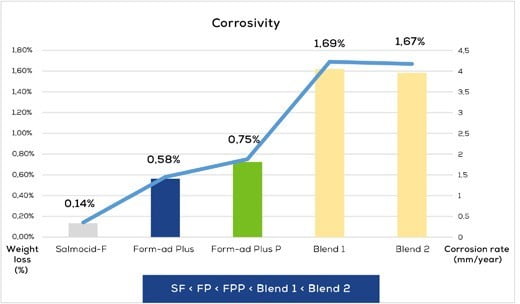 It should be highlighted the low corrosivity of these Adiveter products compared to other products based on free organic acids. This allows for safe handling and prevents the product from corroding the feed mill equipment and facilities, making them available for using during feed processing.

We conclude that the high efficacy of Form-ad Plus and Form-ad Plus P are effective non-corrosive alternative solutions to formaldehyde-based products.

Poultry management: a useful tool for the control of necrotic enteritis in poultry

THE IMPORTANCE OF MAINTAINING A HEALTHY GUT