Necrotic enteritis (NE) is one of the most widespread diseases in broilers, imposing a significant economic burden on the poultry industry worldwide. Its total global economic loss is estimated to be over $6 billion annually, while its occurrence is estimated to result in a 12% reduction in body weight and a 11% increase in feed conversion ratio compared to healthy birds.

Poultry management includes all those practices applied to poultry at the farm level, in order to allow them to express their genetic potential efficiently and effectively. It takes into account health, welfare, legislation and economic issues, but its effect on gut health has not been fully elucidated. This review focuses on managerial strategies, such as nutrition, health and husbandry, which could be used to control NE in poultry without the use of antibiotics. 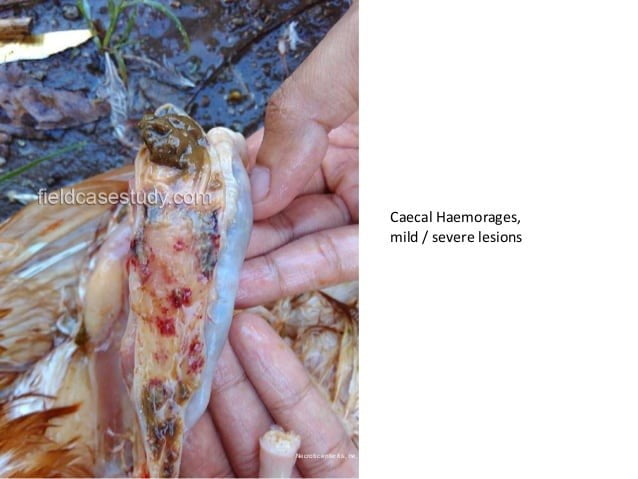 The raw materials and physical form of poultry feed significantly affect the pathogenesis of NE in broiler chicks. In particular, high levels of animal protein, fat and cereals, which contain increased content of non-starch polysaccharides, are well known NE risk factors. They can alter the physicochemical properties of intestinal digesta, can affect the microbiota, can provide substrate and create an environment that favours the growth of C. perfringens in the intestine.

Feed management is a promising strategy for the control of NE. Feed restriction is applied in poultry, in order to control the growth rate and to prevent metabolic disorders. Tsiouris et al. showed that feed restriction of broiler chicks limited the severity of NE lesion and reduced the C. perfringens population in the caecum in an NE experimental model. The protective effect of the feed restriction against NE was attributed to the neuroendocrine and immune system influence, as well as to the absence of nutrients in the intestinal tract. Furthermore, feed restriction improves blood circulation to the intestinal mucosa and may protect it from becoming necrotic.

Feeding of whole grains is a management practice used frequently in poultry, in order to reduce feed costs. The mechanical stimulation of the gizzard, in addition to the associated reduction of the pH in the intestine, provides an unfavourable environment for C. perfringens proliferation and could be used to combat enteric diseases in poultry. However, there are no scientific data available for the effect of whole grain feeding on NE.

The best-known predisposing factor for NE is the mucosal damage caused by coccidial infection. In contrast, attenuated anticoccidial vaccination, which also causes mild intestinal lesions, showed a significant protective effect against subclinical experimental NE in broiler chicks. The protective effect of anticoccidial vaccine against NE was attributed to the stimulation of non-specific and specific immunity mechanisms, as a result of local inflammation. In addition, the reduction of severe coccidiosis lesions in the mucosa limits the mucous secretion and the available nutrients for C. perfringens proliferation in the gastrointestinal tract. Finally, the control of coccidiosis discourages the attachment of C. perfringens to the intestinal mucosa.

Mycotoxins are numerous and commonly found in poultry feed. They are implicated with growth retardation in poultry and pose a risk to public health. In addition, in an experimental NE model, broiler chicks fed a diet contaminated with 5 mg deoxynivalenol/kg of feed were predisposed to NE. Mycotoxins negatively influence small intestinal epithelial cell integrity and morphology, and are also related to immunosuppression, which subsequently could increase the severity of coccidiosis and NE lesions.

Stocking density is a management factor with critical implications for the poultry industry, since excessive density can have a negative effect on the performance, welfare and health of birds. As far as NE is concerned, high stocking density increased significantly the incidence and severity of NE and liver lesions, as well as the pH and C. perfringens counts in the caeca in an experimental NE model. The stress of birds reared under high stocking density can negatively affect the humoral immune system and the poultry litter quality, which subsequently could increase C. perfringens in the litter and affect the intestinal microbiota.

Temperature is one of the most important physical environmental stressors, which could significantly affect the performance, health and welfare of poultry as well as the profit for the farmer. According to the results of the experimental study by Tsiouris et al, cold stress predisposes birds to develop NE lesions, as a result of immunosuppression. Similarly, heat stress was associated with the outbreak of NE in unchallenged birds and increased the severity of NE lesions in experimentally infected broiler chicks. These effects can be attributed to the influence of high environmental temperatures on the immune system and on the intestinal microbiota. The role of heat shock proteins, which increased under various stressors including heat stress, is also important.

Additional husbandry factors, such as the poultry house microenvironment (e.g. air humidity, litter condition), which are also affected by temperature, may be involved and further research is needed. Furthermore, lighting programme is an essential husbandry factor, which significantly affects the performance, the welfare and the immunity of birds. However, there are no studies about its effect on NE.

NE represents a classic example of a multi-factorial disease process in poultry. It is a consequence of imbalance of the intestinal ecosystem, as the presence of C. perfringens per se does not lead directly to disease. Additional factors that modify the intestinal ecosystem and allow the overgrowth of C. perfringens are required in order to elicit the clinical signs and lesions of NE. Thus, an outbreak of NE is considered as a gut health issue and depends on interactions between host, infectious, nutritional and managerial factors.

The ban of antimicrobials and the financial impact of NE in modern broiler industry have led to the development of new strategies for its control. The identification of C. perfringens virulence factors and the control of predisposing factors are strategies of major importance. Optimization of poultry farm management practices, including husbandry, strict biosecurity and poultry house sanitation protocols, diet-related strategies and nutraceutical alternatives (probiotics, prebiotics, herbs, organic acids and enzymes) have become more relevant. Active immunization will be effective, as a part of a holistic approach for the control of NE and not on its own

The past decade was characterized by great progress in understanding the aetiology and pathogenesis of NE in the gut of chicks. New research should focus on reducing the risk of the disease by enhancing or avoiding management practices as appropriate, controlling the pathogenic C. perfringens in the intestine, as well as by enhancing the immune system and the intestinal microbiota of chicks.

For further information on control of Clostridium perfringens and NE, feel free to contact:

ALTERNATIVES TO FORMALDEHYDE IN ANIMAL FEED FOR PATHOGEN CONTRO