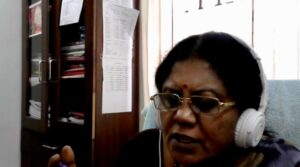 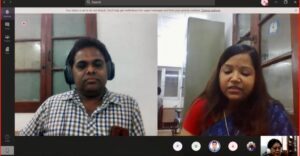 The welcome address for webinar was given by the OS, Dr Barkha Sharma. She spoke about Brucellosis being a major economic and public health crisis all over the world especially in the low-income countries. India being home to largest cattle population in the world is severely affected by Brucellosis. The disease is endemic and human population is also majorly affected.

The General Secretary VIPM, Dr Ashok Kumar, Principal Scientist, ICAR-CIRG, Makhdum, Farah, welcomed the speaker and participants. He gave an outline of the webinar and elucidated the relevance of the topic of the webinar in today’s scenario. He introduced The Chief Guest of the webinar, Dr P K Shukla, Dean, COVS & AH, DUVASU, Mathura. Speaking on the occasion, Dr P.K.Shukla talked about the importance of Brucellosis as a major economic burden on India. He elaborated the signs and symptoms of the disease in animals and emphasized the road blocks in prevention and control of the disease in animals as well as in humans.

The speaker of the webinar Dr. (Mrs) Rajeswari Shome, Principal Scientist, ICARNational Institute of Veterinary Epidemiology and Disease Informatics (NIVEDI), Bengaluru, Karnataka was introduced by Dr. Barkha Sharma, the OS of the webinar.

Dr (Mrs) Shome has been working for the development, enhancement of diagnostic tools for sero-epidemiology of brucellosis for many years. She has developed two iELISA kits for surveillance of brucellosis in small ruminants and bovines, the only kits available in the country. She is the recipient of many national awards, authored 2 books and published more than 130 research articles.

Dr. (Mrs) Shome emphasized about the economic and public health significance of Brucellosis in India and worldwide. The webinar covered the cause, effects, prevention and control strategies for brucellosis. It is not a new disease, infact the brucellae was discovered way back in 1887. Bovine brucellosis is endemic in India with an estimated prevalence to be 13.5% with transmission supposedly occurring at an endemic equilibrium.

Ours is a country that houses the world’s largest dairy cattle population at around 300 million, both buffalos and cows. More than 70 million households are engaged in milk production to produce the most milk in the world. Dairy products are the main animal-source food for the large vegetarian population.

She put emphasis on mass as well as strategic vaccination for the disease with S 19 vaccine and strongly supported female calfhood vaccination. Without the extensive efforts for continuous monitoring and surveillance along with vaccination, the disease is almost impossible to eradicate because of wide host range in domestic as well as wild animals. NIVEDI has been setting the goal of creating Brucellosis free villages by adopting this strategy. Without decreasing the prevalence of the disease in animals, we can’t contemplate reducing its impact in humans. Veterinarians are the main stay of brucellosis diagnosis, treatment, prevention and control in animals as well as in humans thus we have a long and difficult road to travel. The concept of “one health” approach for control of zoonotic diseases like brucellosis is very apt in today’s scenario.

Dr Shome also discussed the ideal diagnostic interpretations in livestock for brucellosis having history of late abortions and problems of infertility. She discussed several aspects of biosafety protocols recommended for the study of brucella organism. Their study revealed that only strain 9 of Brucella abortus is prevalent in India. Under the guidance of Dr Shome, NIVEDI has developed two most useful ELISA kits for the diagnosis of brucellosis, available commercially along with LFA penside devices which are still under experimentation. She compared the different commercial diagnostics available in India for livestock, which is very useful information for field veterinarians and the persons dealing with the disease diagnosis.

The question and answer session was handled by Dr Udit Jain and the webinar finally ended with vote of thanks by Dr Mukesh Srivastava, Executive General Secretary, VIPM. The webinar registered more than 200+ participants and recording of the same will be uploaded on the you tube channel of VIPM for further viewing.