The benefits of simultaneously enriching eggs with vit-E, carotenoids, selenium, and DHA include enhanced polyunsaturated fatty acid (PUFA) stability during storage and cooking, high availability of nutrients like vitamin E and carotenoids, lack of off-taste also enhanced anti-oxidant as well as n-3 status of those who consume these eggs. “Designer eggs,” according to the relevant scientific research and review, can create a new generation or upcoming era of functional food industry for human beings.

Animal-derived designer foods are made either by feeding specific diets or by using advanced technologies such as genetic engineering and cross-breeding (Alagawany et al., 2018). In the food sector, designer eggs are a popular category of Nutri-functional food. Advanced progressing of the poultry sector, there is a growing interest in poultry biotechnology for modifying egg composition for human health through genetic and nutritional alterations. As per Narhari (2005), the egg is an increasingly popular option for incorporating a variety of health-promoting ingredients. For this purpose, nutritional modification of the laying hens’ feed, it could be effectively producing an alteration of numerous nutrients in an egg (Hu et al., 2001). This can be achieved by adjusting sterol (Cholesterol) levels, lipid profiles, minerals and amino acids (AA) or by introducing beneficial pharmacological compounds (Alagawany et al., 2018). Designer eggs are vegetarian, immune-boosting, speciality or organic breakfast and lunch with rich in vitamins, minerals, balanced omega-6:3 FA ratio, low cholesterol, high IgG and vital pigment like Flavonoids. Now a day for humans, eggs remain a healthy, highly nutritious with a high nutritional content and quality. Eggs are one of the most popular foods in worldwide because of its nutritious profile, variety, and low cost as a foodstuff. In human diet phospholipids and fatty acids (saturated) are all major contributed through only by animal products (Eaton, 1992).

PUFAs (polyunsaturated fatty acids) were found possess unique governing functions, throughout a creation of various physiologically potent chemicals comprising like eicosanoids. The n-6/omega-6 (FA) is two of the most significant PUFA in modern diet. These PUFAs must be obtained through the diet (Parra Cabrera et al., 2011).

In the human body, PUFA (polyunsaturated fatty acids) (n-3 and n-6) being incompatible and have an impact on eicosanoid biosynthesis and inter-cellular communications (Surai, 2001). Arachidonic acid (20:4n-6) and (EPA; 20:5n-3) eicosapentaenoic acid and (DHA; 22:6n-3) docosahexaenoic acid can be formed by elongating and desaturating LA and ALA (Gregory et al., 2011). Due to the fact that these 2 classes of PUFAs are physiologically as well as functionally diverse, with often opposing physiological effects (Simopoulos, 1991). Many physiological responses in the human body are hypothesised to be influenced by the absolute level and equilibrium of n-6 and n-3 PUFAs in the diet.

Why need of designer eggs?

Omega-3 PUFA more than 600 mg and tocopherol more than 6 mg can be found in designer eggs. Eggs have additional health benefits due to their stable ratio omega-6/omega-3 (1:1) and SAFA ratios (1:1). As a result, designer eggs may provide, egg consumers around the world with a new food product alternative and functional choice (Raghuveer and Tandon, 2009; Alagawany et al., 2018). Docosahexaenoic acid (DHA) rich eggs like columbus eggs, omega 3 eggs, Bio-omega 3 eggs, England’s best, Greek eggs, Baby eggs, Achyrona mega eggs, and omega-3 herbal eggs are available in global markets under various names depending on geographical area (Surai and Sparks, 2001). Egg industry has done a good job of looking for innovative ways to alter consumer perceptions of issues with egg and its foodstuffs, especially the high cholesterol values.

Designer egg proteins easily digestable and because of its high biological contents and present all essential amino acids equivalent to the optimal amino acid balance required by consumers, as well as numerous vit-minerals. Availablity of nutrients existing in egg is not optimized associated through a suggested consumption in humans for improved health prominence (Table No.1). In comparison to the ordinary egg, various nutritional measures increased sterol, n-3 (F.A) as well as lutein+zeaxanthin by 368, 150 and 13.97 percent, simultaneously. Designer eggs saturated fat as well as n-6 fatty acids are dropped as 17.15 and 10.25 percent (Otten et al., 2006).

Commercial table eggs are abundant in n-6 PUFA (primarily 18:2n-6), but little in n-3 fatty acids. Generally 2 kinds of endeavors to generate eggs higher in n-3 PUFA. The easiest method is to make an egg rich in linolenic acid (Van Elswyk, 1997), which is a precursor to DHA and is also thought to safeguard against deadly ischemic heart disease (Van Elswyk, 1997). (Hu et al., 1999).

DHA is associated with the majority of human health endorsing qualities of n-3 fatty acids, a health benefit of ALA-enriched eggs may be limited (because the conversion of linolenic acid to DHA into the human body may not always be effective). When the elderly and children’s diets are high in n-6 PUFAs. The second group or route to increasing n-3 levels in eggs is to include pre-formed DHA in the hen’s diet, which is commonly oil in the fish like (menhaden, tuna) (Leskanich and Noble, 1997).

As a result, eating 1-2 omega-3 eggs per day might ensure health benefits by boosting saturated (F.A) level in lipids as well as, other kind of situations, lowering triglycerides, sterols levels in the body. Most of researcher’s studies found no substantial increased in cholesterols or triglyceride values in human body as outcomes even by eating even huge quantities of omega-3 eggs. 2 of the 25 participants in a recent research by Lewis et al., (2000) responded to increase in dietary cholesterol through egg consumption by having a substantial proliferation in total serum value as well as LDL-cholesterol value (Meester et al., 1998).

These findings could explain the discrepancy in the results of studies on the outcome of egg feeding on plasma triglycerides levels reported over previous 20 years. However, the researchers report that eggs enriched with n-3 PUFAs provide good nutritional value. Scientists also suggest us to increase our intake of n-3 fatty acids by increasing omega-3 fatty acid consumption (Surai and Sparks, 2001).

Designer eggs could be a good way for humans to get more of the rich nutrients as they need. As a result, attempts have been made to develop dietary composition with highest nutrient composition values that can modify body immunological activities, treat diseases and health complications such as diabetes, cancer, blood, hypertension, lower cholesterol levels. The designer eggs used to provide extra critical nutrients with beneficial quality including vitamins, minerals, essential A.A than standard egg. Designer eggs are major source of therapeutics that provides extra supplements to the body with antibodies that are necessary for optimal health. As nutritional point of view, auspicious health benefits of designer eggs, human consumers widely accepted (Designer egg) transgenic nature modifications, egg genetical manipulation through nutritional approaches.

Farrell, D. J. (1994). The fortification of hens’ eggs with omega3 long chain fatty acids and their effect in humans. 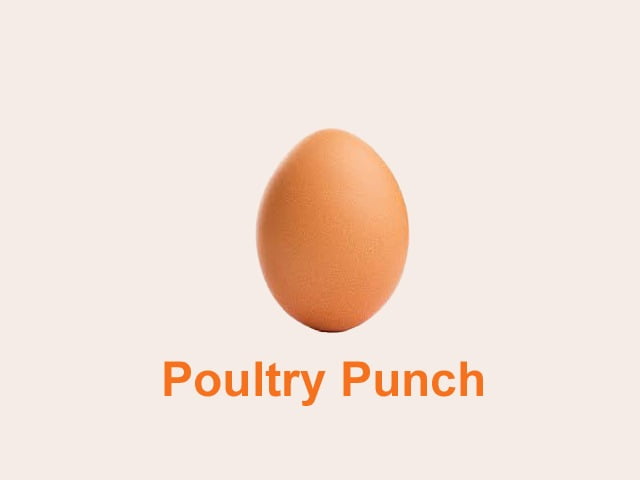