Water is the most important nutrient for the overall health and performance of birds.Water intake of poultry is approximately twice that of the intake of feeds. During its lifetime, a five-pound broiler will consume about 18 pounds of water, compared to approximately 10 pounds of feed (Lacy, 2002). A key factor that determines the wholesomeness of water is its microbial quality. Water is presumed safe if it has a zero microbial population.The drinking water plays an important role in the transmission of some bacterial, viral and protozoan diseases like Colibacillosis, Fowl Typhoid, Avian Cholera, Newcastle Disease, Infectious bronchitis, Mareks disease and Coccidiosis etc. To reduce water borne disease challenges, in animal husbandry practices, acidification of drinking water is the modern cost effective approach. Organic acids, even when used as a chemical preservative, are Generally Recognized As Safe (GRAS) substances.

Short chain and medium chain fatty acid (C1-C7) and their salts have been used for a long time because they prevent growth of microbes, molds and formation of mycotoxins (Luckstadt, 2005).Van Immerseel et al., (2006) as stated medium chain fatty acids (C6 to C12; caproic, caprylic, capric and lauric acids) appear to be effective against Salmonella than short-chain fatty acids (C≤4; formic, acetic, propionic and butyric acids). The antimicrobial effect of an acid depends upon the dissociation constant (pKa) or pH, at which 50% of the total acid is undissociated. 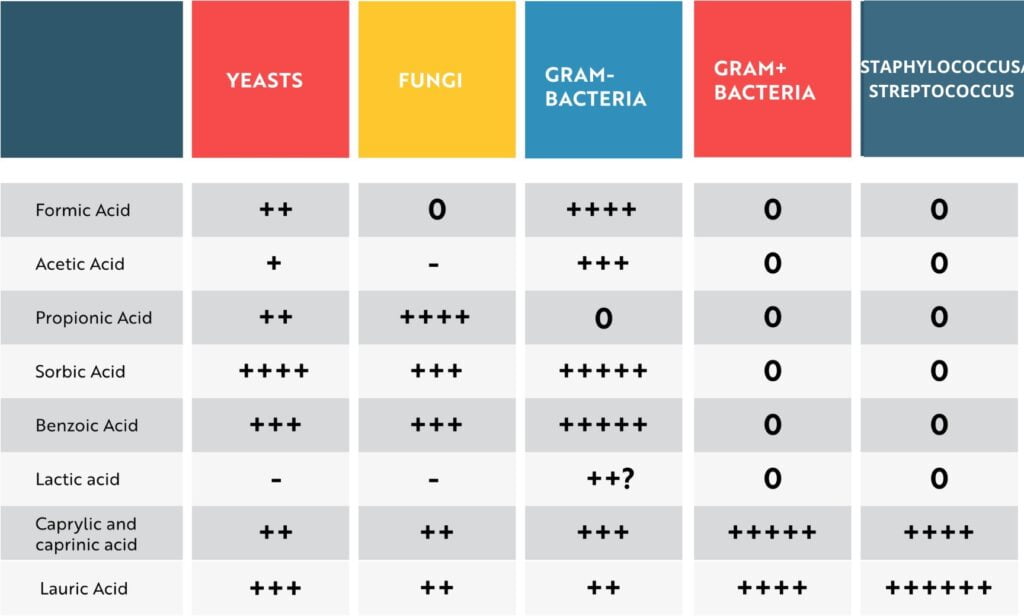 How does water acidifier work? 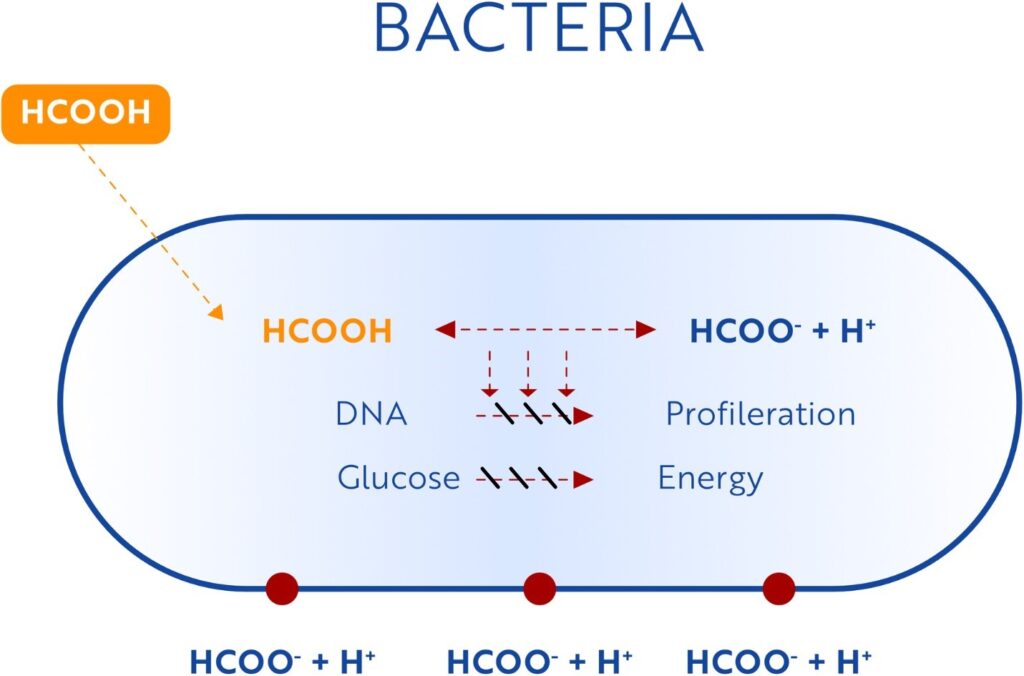 Inside the cell at pH 7, the acid dissociates and suppresses bacterial cell enzymes and nutrient transport systems ( Huyghebaert et al., 2011). Cationic part of the organic acid inhibits the DNA replication of the bacteria. Thereby it inhibits cell multiplication.

Short chain fatty acids in water acidifiers support in improvement of digestibility of protein and ensure higher absorption rate of Ca, P,Mg, Zn which served as substrate in the intermediary metabolism (Veeramani et al.,2003). Pirgozliev et al. (2008) reported that there was significant (p<0.05) reduction of total viable coliform numbers in the ileum and caecum of broiler chicken while organic acid blends as water acidifiers are in regular use.

Oligodynamic is the ability of minerals to exert a lethal effect on bacterial cells. Oligodynamic metals, such as copper and silver, have long been used as sanitizers for non-spore-forming bacteria and viruses (Thurman & Gerba 1988).Copper has been used as a biocide for centuries (Dollwet et al., 2001).

Water acidifiers, while powered by ionic copper, offer a broad spectrum of effects on water borne infectants. The best part of the oligodynamic mechanism is the broader spectrum of coverage whether it is gram positive and gram negative as well. 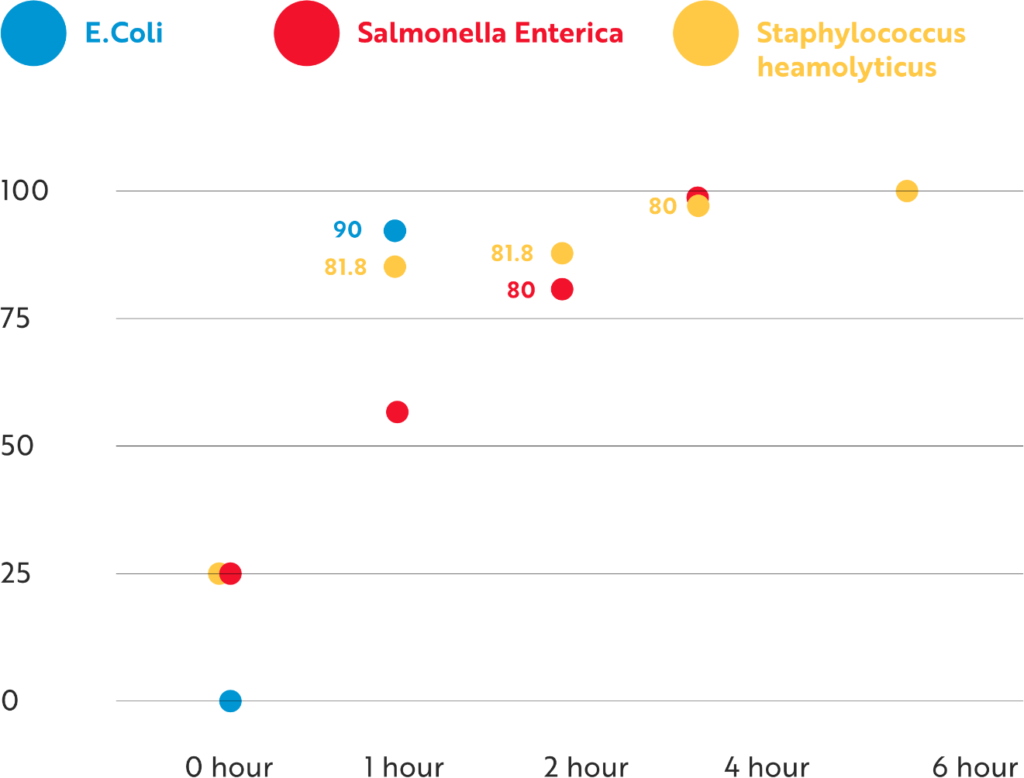 The Easy Way to Grow Your Business Online in the Last Quarter of the Year!