After 50 years in the poultry business and 25 years with Aviagen, Paul Gittins retires at the end of September 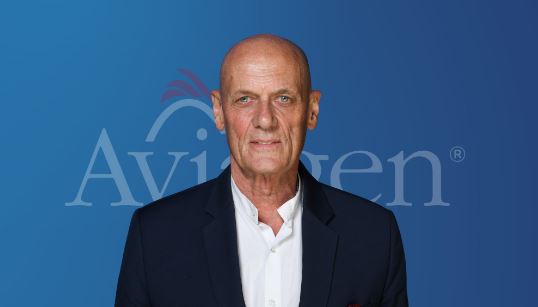 “Industry pioneer, great colleague, patient mentor, humble gentleman and customer champion” have all been used to describe Paul Gittins, Senior Adviser to Aviagen® India, who retired at the end of September.

Joining Aviagen in 1996, in 2007 Paul moved to India, where he started and worked relentlessly to build up Aviagen India, promoting the growth of the Ross® brand and success of chicken growers throughout the country. He fulfilled the role of General Manager until 2019, when he became Senior Advisor to Marc Scott, Business Manager for Aviagen India.

History of dedication and expanding a global reach

Paul graduated from the West of Scotland Agricultural College, followed by 20 years in chicken and turkey processing, planning and marketing for Golden Produce and Buxted Poultry in the United Kindom, and producing poultry for major British retail chains.

In 1988, he traversed the Atlantic to Canada with Maple Leaf Foods, starting the first air-chilled processing plant in North America and launching Maple Leaf Prime, which remains a leading Canadian brand.

Eight years later in 1996, he moved back to Europe to join Aviagen Scotland as Marketing Manager, and then expanded into sales and key accounts. However, blazing new pathways is in Paul’s blood. In 1999 he began an intense decade of helping to build new operations for Aviagen, starting in Turkey with Ross Anadolu (now Aviagen Anadolu), and then in 2003 furthering the company’s reach in Asia, setting up the Bangkok office and Ross Siam JV, and also playing a role in establishing Aviagen Australia and New Zealand.

“I always wanted to join the merchant navy and see the world. Instead I sold chickens, and saw the world and much more of it,” quipped Paul. “It has been a great adventure, and I am grateful to Aviagen, our customers and my colleagues throughout the industry for the opportunity to work alongside them, break new ground, help our customers grow their businesses, and have a lot of fun in the process.”

“Despite his abundant accomplishments and contributions, Paul remains humble, always the gentleman and always willing to help others,” commented Marc. “Having the great pleasure of working alongside him through many Aviagen milestones, it is evident that, for Paul, it has always been about people — whether they are colleagues, customers, suppliers or acquaintances – and many around the world will retain fond memories long after his career ends. I thank Paul for the hard work, dedication and fun he has brought to us all and wish him every happiness in his retirement.”