Abstract: Cage layer fatigue is the important disease which is more prevalent in India the disease is more frequently occure in laying hens which kept in cage.  The conditions develop of Exercise birds Breaking strength of bones of layers in cages is less than that of the birds reared on litter floor. Poor bone strength is the single greatest factor responsible for cage layer fatigue leading to loss of production and death of birds in severe conditions of osteoporosis.

The poultry sector is one of the most rapidly growing livestock sectors worldwide. The poultry industry consists of two major elements, the egg industry and the poultry meat industry. In the former, the majority of birds are reared in cages housed in large commercial units. However, there is an increasing interest of free-range and open-barn systems. In the poultry meat industry, the birds are raised entirely on deep litter in large sheds. Over the past several decades improved poultry production systems have contributed to significantly enhanced performance traits like egg production and growth rate and economical production of poultry products. However, the poultry industry is also increasingly being challenged to address consumer and general public concerns about animal welfare. The commercial applications in agriculture of new breeding technologies, as well as conventional breeding strategies, have the potential to influence animal welfare in both positive and negative ways. The term cage layer fatigue was first time used in North America is characterized by leg weakness in high producing egg producing hens kept in cages. Caged layer fatigue (CLF) is an extreme condition they loss of calcium from bone particularly from vertebrae and leads to spinal collapse and paralysis. These conditions characterized by inability to stand on their feet with fragile bones. It is occurred in young layer hens kept in cages in the period of peak egg production.

Alter the absorption of calcium and phosphorus from gut. 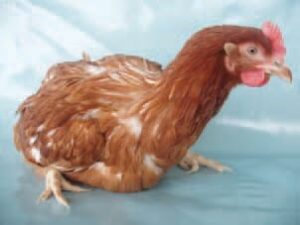 Paralysis of hen due to collapse of spinal bone after achieving peak egg production which is maintained in cages.  Birds become to unable to stand on her feet’s, thin egg shell, death of bird due starvation and dehydration they can’t reach to feed and water 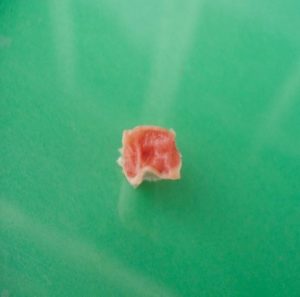 Caged layer fatigue is a related condition observed in caged laying hens, usually around peak egg production, that may also be associated with osteoporosis, a condition causing brittle bones as a result of reduced bone density.

Cage layer fatigue is easy to prevent through proper management practices. Affected birds will recover if moved to the floor. A high incidence of cage layer fatigue can be prevented by ensuring the normal weight-for-age of pullets at sexual maturity and by giving pullets a high calcium diet (minimum 4.0% Ca) for at least 7 days prior to first oviposition.

Diets must provide adequate quantities of calcium and phosphorus to prevent deficiencies. However, feeding diets that contain >2.5% calcium during the growing period produces a high incidence of nephrosis, visceral gout, calcium urate deposits in the ureters, and sometimes high mortality, especially in the presence of infectious bronchitis virus. Eggshell strength and bone strength can both be improved by feeding ~50% of the dietary calcium supplement in the form of coarse limestone, with the remaining half as fine particle limestone.

Offering the coarse supplement permits the birds to satisfy their requirements when they need it most, or allows the coarse material to be retained in the gizzard where the calcium can be absorbed continuously. A readily assimilable calcium and/or calcium phosphate supplement is effective if started very soon after paralysis due to calcium deficiency develops. Adding a vitamin/electrolyte supplement to drinking water is recommended in any age bird suffering from this condition.

Calcium is the critical factor for better health and production at an early as well as at later stages of life. Due to selective feeding young birds cannot get enough calcium and other essential nutrients, which is the major contributing factor that plays an important role in CLF. In older age there is less or no production of calbinding (calcium binding protein) that is a deciding factor for the absorption of calcium from the gut. Supplementation with Ayurvet’s Ayucal-D ensures utilization and absorption of calcium in both early as well as old age of the bird and is thus helpful in the prevention and treatment of CLF, along with various other parameters such as egg production and egg shell quality.