Suresh Chitturi, Vice Chairman and Managing Director of Srinivasa Farms, has been appointed as Chairman of International Egg Commission (IEC)  on 26th September, 2019 at the IEC Global Leadership Conference in Copenhagen, Denmark.

Suresh will be the first chair from Asia in the history of the institution, as he assumes the role as the Chairman of IEC. He will hold the position for the next two years. His work has been recognized at a global level as he is engaged in advocacy for the poultry industry, internationally and his election into this coveted position is a proof of that.

Suresh Chitturi is the name to reckon with in the Indian Poultry Industry. He is the most successful and influential leader with sheer business acumen. Suresh has joined the company as Managing Director in 1990s and since then lead the group by carving his own path and diversified the company into new business areas of Feed, Chicken Processing, Broiler Integration, Mega Food Park. Under his able guidance and leadership, the srinivasa group set international benchmarks for success and became an efficient and aggressive company in the Indian poultry industry. The group witnessed a rapid growth with his vision and passion for excellence.

At Srinivasa, Suresh leads the team of business executives and strongly believes in nurturing and empowering leadership on their way to success in creating value to all the stake holders. 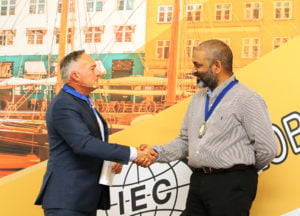 Suresh is an inspiring speaker known for his in-depth knowledge and articulation in representing the industry. He has been widely featured in a variety of top publications and electronic media channels and has won numerous recognitions. He has been named as the “Best CEO in Poultry Award 2016” by Poultry CEOs Forum India & PF Awards 2016.  He is the 2nd Indian to be the Vice-Chairman of the International Egg Commission (IEC), U.K.; Councillor for The International Egg Commission Foundation, Co-founder and Board Member of TiE Amaravati and the  Vice President of All India Poultry Breeders Association. He was earlier the Chair of Confederation of Indian Industry (CII), AP State Council for two consecutive terms. 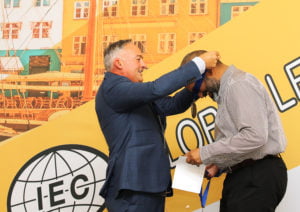 With a bachelor’s degree in engineering in IT from RV College of Engineering and an MBA from Goizueta Business School, Emory University, U.S.A, Suresh’s penchant for academic pursuits has earned him the distinction of successfully completion of ‘The President’s Programme in Leadership’ from Harvard Business School.He is an avid reader, widely travelled and a passionate wildlife photographer. 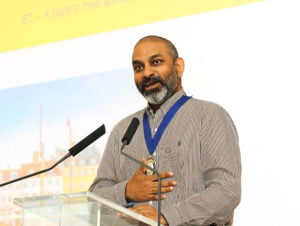 The London, UK-based commission has a number of goals. Among these are the fostering of international cooperation among all sectors of the egg industry, encouraging the development of better statistics and market intelligence for shell eggs and egg products, and collecting and publishing such data, and encouraging the harmonization internationally of marketing standards for shell eggs and egg products.

The IEC in fact, is the only organization that represents the global egg industry. As the global voice of the egg industry, the IEC has the responsibility to discuss industry issues as well as to maintain links with other international organizations.

The IEC is able to act as a communication link between industry and international regulators / decision makers, and therefore takes positions on a range of issues.

The IEF’s goals are to help implement the United Nations Sustainable Development Goals and increase egg production and egg consumption in underdeveloped countries to provide undernourished infants, children and families with an independent, sustainable, high-quality protein supply. To achieve these goals, the IEF works alongside the world’s largest and most effective charitable foundations and with the world’s largest egg businesses to help ensure high-quality protein is accessible to everybody no matter who they are or where they come from.