The poultry sector of India has transformed from backyard rearing to a commercially organized, scientific and vibrant industry. The total poultry population in the country is 851.81 million in 2019, registered an increase of 16.8% against the previous census.Poultry sector plays a significant role in improving the socio-economic condition of rural masses, by generating employment and supplementing family income,particularly among the landless labourers, small and marginal farmers and women in rural areas.Food quality and safety are two vital factors that have attained constant attention in common people. Growing environmental awareness and several food hazards (e.g. dioxins, bovine spongiform encephalopathy, and bacterial contamination) have substantially decreased the consumer’s trust towards food quality in the last decades. Intensive conventional farming can add contamination to the food chain. For these reasons, consumers are quested for safer and better foods that are produced through more ecologically and authentically by local systems. Organically grown food and food products are believed to meet these demands (Rembialkowska, 2007).Further, as Purchasing Power (PP) of common people is increasing, they are more interested to consume safer products without bothering to pay more. Increased awareness for health and well being has contributed to change in human preferences from conventionally produced food to organically grown food. The organic meat sector has increased rapidly in the western countries and is expected to increase further in the upcoming years. India exports organic agriculture products of plant origin, but has little contribution into the organic poultry sector. The poultry population in India is huge and a small shift from current conventional methods of poultry farming into organic poultry farming can create a huge market for domestic use as well as export. This would ultimately contribute heavily to the economy of the nation, improve the health of the consumers and would create a balanced ecology. There is a vast scope for the promotion of organic poultry in the country without compromising on the food security issues because of the favourable conditions present in the Country.So, the production of safer poultry products without any chemical and microbial residues is the need of ours.

The term ‘organic’ was first coined by Northbourne, in 1940, in his book entitled ‘Look to the Land’. Northbourne stated that ‘the farm itself should have biological completeness; it must be a living entity, it must be a unit which has within itself a balanced organic life’(Nourthbourne, 2003).

According to Winter and Davis (2006), ‘it is based on minimal use of off-farm inputs and on management practices that restore, maintain and enhance ecological harmony’.

FAO/WHO Codex Alimentarius Commission defines organic farming  as  “a unique production management system which promotes and enhances agro-ecosystem health,including  biodiversity,  biological cycles and soil biological activity, and this is accomplished by using on-farm agronomic, biological and mechanical methods in exclusion of all syntheticoff-farm inputs”. Organic farming does not require external inputs (i.e., fertilizers, antibiotics etc.) but prominently rely on the ecosystem management. Organic animal/poultry husbandry requires a specific period for establishment called as conversion period, which is the time period between start of organic management on farm and certification of livestock farm and its product. In organic poultry farming, the preference should be given to local breeds. Animal must be born to organically managed dams, if they are to be slaughtered for organic meat production (Chanderet al., 2006). Chicken has become the most important organic meat due to its short production cycle,which permits producers to quickly increase supply.

In the conventional production system, the use of antibiotic growth promoters (AGP) has been the cornerstone of broiler industry to enhance growth performance and stabilize the health of birds. Since the 2006 ban of AGP in the European Union, the search for suitable natural alternatives with similar beneficial effects has been intensified, in order to minimize the emerging problem of microbial resistance.Alternatives to in-feed antibiotics mainly include acidifier, probiotics, prebiotics, feed enzymes, immune-modulators and herbal products/phytogenic feed additives.

Herbal products/phytogenics, a new class of additives to animal and poultry feeds, have beneficial properties such as anti-oxidant, anti-microbial, anti-inflamatory and anti-fungal as well as immune-modulatory and anti-coccidial effects. There are plenty resources of different kinds of medicinal herbs which can be used as natural feed additives for poultry. India is possessing one of the richest treasures of herbalism in the world, accounts around 20,000 medicinal plant species where about 800 plant species have been used by different communities for curing different diseases. Commonly known herbs that have received particular attention from researchers are Aloe vera, Fenugreek, Ashwagandha, Moringaoleifera, Cinnamon, Tulsi, Garlic, Pepper etc. Herbal preparations help in the digestion process and being a component of nature, these preparations are considered safe, cost effective and environment friendly with no side effect. Organic egg and meat production needs access to forage materials such as crop/pasture in the hen yard or supplemented with roughage in the form of silage and vegetables in addition to the basal diet (Council of European Union,2007). Hammershoj and steenfeldt (2012), found that feeding of Kale,thyme and Basil, significantly increased the egg weight, egg shell strength, lutein, carotene and violaxanthin content. Several studies have emphasized on the importance of forage material (whole wheat, phacelia tanacetifolia, fago pyrum esculentum and Linum usitatissimum) on egg production, calcium supplements to layinghens, carotenoids in egg yolk, various egg quality parameters, conversion of oil rich forage material into specific fatty acids to the egg yolk and supply of vitamins, essential aminoacids and minerals (Horstedet al., 2006, Hammershojet al., 2010). Moreover, different aromatic herbs, vegetables and forage materials can directly transfer flavours to the egg and as a result of altered microflora composition of the intestine due to change in forage material, thereby causingnew flavours to the egg (Richter et al., 2002).

Hence, there is a need to explore this vast natural resource of phytogenics in the diet of poultry to enhance the bird’s performance, improve feed utilization, maintain health and alleviate adverse effects of environmental stress to produce organic egg and meat.

BIRD FLU- ITS IMPACT ON HUMANS 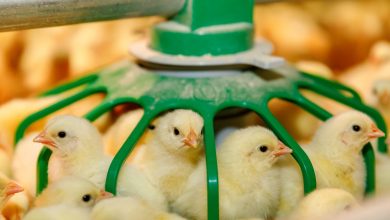 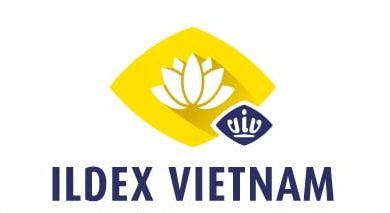