After a huge slump in early 2020 because of COVID19 induced lockdown, the poultry and egg industry are gradually coming back on their feet because of stronger demand in the last six months. 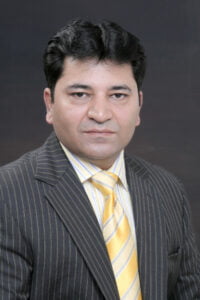 Directly and indirectly this sector provides employment to small and medium farmers, who are mostly engaged in contract farming under larger integrators.

The egg production of the country was estimated at 109 billion eggs. India is now the world’s third largest egg producer and the fifth largest producer of broilers. The increase in the average income and the urban population has led to a significant increase in the poultry demand and a steady increase in consumption over the years.

Poultry meat is the fastest growing component of global meat demand and India, the world’s second largest developing country, is experiencing rapid growth in its poultry sector. The emergence of vertically integrated poultry producers has reduced consumer prices by lowering production and marketing costs. In 20 major Indian cities alone account for 62% of all poultry meat consumption. The country is also witnessing a broader shift in eating habits, most notably from vegetarianism to non-vegetarianism and this is particularly evident among the more informed, younger generations.

Even before India reported the first case of COVID-19, the rumors of poultry birds as the likely carrier of the virus circulated in social media had led to reduced demand of the chicken meat in several parts of the country especially in the month of February 2020.

The clarification issued by different government agencies and various poultry associations that eating chickens is quite safe, could convince the consumers to a large extent. The poultry industry in India hit hard because of nation-wide lock-down to stop the rapid spread of COVID19 virus. This lock-down had disrupted the entire supply chain.

According to industry sources, the poultry industry which had witnessed steady growth rate because of rising consumer demand for protein rich food especially in the last two decades or so, has incurred huge losses since the beginning of the 2020. The losses incurred by Indian poultry industry is mainly attributed to sharp decline in demand because of supply disruption during lock down. The liquidity condition of all the stakeholders in the poultry value chain – farmers, feed suppliers and retailers had remained precarious. The drop in demand and supply chain disruption especially hit the smaller farmers who had limited resources. Thus, many farmers went for ‘contract farming’ offered by many large poultry players.

To bring back the poultry sector into some short of normal operations, both the Central as well as the State Government provided policy support through declaring supply of poultry products under essential services, ensuring huddle-free interstate transport of poultry produce.

The situation changed sharply since June 2020 mainly because of rising demand of poultry meat and eggs as doctors advised people to take protein rich food for improving immunity against the COVID19 virus. As a major chunk of the working population continued to be Work from Home (WFH) mode, the domestic chicken consumption has seen sharp rise. In the last six months or so, when all the COVID19 restrictions were removed, the demand for hygienic and quality poultry products grew sharply leading to a sharp spike in sales of online retail players.

Sensing opportunities, many poultry players have set up new processing plants and the robust demand in the coming months would definitely see the poultry industry operating at a level witnessed prior to COVID19 emergence in the global scene.

With the huge spike in demand and demand for quality products rising, the industry would soon witness growth in the range of 8 – 10% annually.