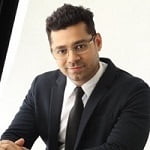 In 2019, a team of scientists reported treating a life-threatening infection in a young cystic fibrosis patient in London with the use of genetically engineered bacteriophages — viruses that attack and destroy bacteria. The patient who was struggling with a multidrug-resistant Mycobacterium infection was cleared of the infection six months after she began receiving a cocktail of bacteriophages. This case is among a very few such episodes of bacteriophages being used as a last resort treatment of drug resistant bacterial diseases. However, it offers a new ray of hope to humanity struggling with the rapid evolution of disease-causing bacteria.

The term ‘bacteriophage’ literally translates into “bacteria eater”. It is a type of virus that attaches itself to a bacterium and infects the host cell, subsequently destroying it. These microorganisms destroy their host cells through a natural process without interacting with human or animal cells. Since these viruses attack only bacteria; phages are harmless to people, animals, and plants. This makes the solution natural and highly safe. Researchers in different fields including medicine and animal husbandry are realizing the potential benefits of using bacteriophages in our collective war against bacterial diseases. While the use of bacteriophages in humans is still a rarity in modern medicine, their usage in animal husbandry, rearing poultry and fish is already showing positive results.

A weapon against antibiotic resistance

Antibiotic resistance is arguably one of the biggest healthcare threats of this century. The rate of evolution of bacteria has surpassed the rate of creation of new antibiotics resulting in superbugs that are practically untreatable with the help of known antibiotics. This menace has not only made treatment of several diseases difficult but has also invaded our food systems and food chain.

It is estimated that at least 700,000 people die every year due to drug-resistant diseases, including 230,000 people who die from multidrug-resistant tuberculosis. According to a report by the UN Ad hoc Interagency Coordinating Group on Antimicrobial Resistance, as many as 10 million deaths annually could occur every year due to drug resistant diseases by 2050 if no action was taken to resist this challenge. The same report estimated that by 2030, drug resistance could push to 24 million people into poverty.

This is where the role of phage therapy as a possible alternative becomes important. Phages are everywhere, i.e. on human hands, skin, in the animal gut and in the soil. They are the oldest and most numerous organisms on Earth and have been protecting humans and animals from bacteria for 3.5 billion years. Phages not only eliminate selected bacteria harmlessly, they also do so without causing any damage to the gut microbiome of animals (and humans).

One of the most important sectors where the use of bacteriophages has emerged as very important is the poultry and aquaculture. Bacterial diseases cause multi-billion-dollar economic losses for the livestock industry. It is estimated that Salmonella and Campylobacter infections that are rampant in poultry together account for 9 in 10 reported cases of bacteria-related food poisonings globally. Diseases resulting from Escherichia coli bacteria are another significant health concern recognized as a major cause of morbidity and mortality in chickens. Often, mass culling’s are necessitated to curb such infections causing huge losses to the industry. To treat such diseases, poultry farmers are compelled to use significant amounts of anti-microbials. Globally, 70% of all antibiotics used are used in animal farming, and only 30% are used directly in humans. This overuse of antibiotics leads to antimicrobial-resistant bacteria, creating multi-tiered human health, food safety, and environmental risk.

Though Bacteriophages were first discovered more than 100 years ago but using them in an industrial animal farming environment has been difficult for two main reasons: firstly, the ability to identify the right phages, and engineering solutions that would ensure their stability in an industrial animal farming environment. Proteon, the parent company of Vetphage Pharmaceuticals, has been the first to overcome both of these technological challenges and deliver highly effective phage products. By directly eliminating pathogenic bacteria and without any harm to the microbiome, Proteon’s products are revolutionizing the approach to bacterial control in food animal farming, helping prevent many of the diseases currently plaguing animal farming industry. As bacteria evolve and develop defense mechanisms, phages also adapt in response to counter the altered host systems. This ensures the bacteria do not become resistant to this approach.

With food-borne pathogens a major concern for food safety, the use of phage therapy to tackle bacterial diseases and promote food safety is expected to emerge as a viable approach on a larger scale, particularly at a time when antibiotic resistance is a significant health concern.