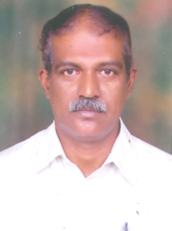 Kahaki in India means dust color. The Khaki Campbell is perhaps the best known laying breed, named after Mrs. Campbell who towards the end of the 19th century acquired a single Indian runner due and crossed it with roven, a large meat-type French breed. She crossed a subsequent generation with wild mallards and after several generation extracted an intermediate- signed Khaki Color Duck    (Clayton 1984) K.C is hardy, tolerates high temperature and is capable for forging.

Kortlang & Kortlang Limited, Duck farm, Sandyhurst Lane, Ashford kent TN25 4PD, U.K was the only company in the world which took serious concern for development and breeding of Khaki Campbell in the world and significant progress has also been made and marketing them to various countries including India . However, they are not active any more.

Introduction of Khaki Campbell in India:

When Khaki Campbell is fed and managed correctly it is not unusual for this breed to lay over 300 eggs per bird per year and, incidentally, they will lay well for three to four years and therefore do not require replacing as frequently as laying hens. However, a good Kahaki Campbell is not available anywhere in India as well as around the world any more. Due to In- breeding and there was no scientific selection for breeding work done in India. As well as any place in the world and they almost vanished due to mycotoxin problems. A few good number of Kahaki Campbell is available in Central Poultry Development Organization Southern Region and Training Institute and Government Poultry farm in cuttak in Odisha state and also in West-Bengal.

Duck Personalities: Dr. A. Ramakrishnan  , Dr. Niranjan Kalita, , Dr. K. Gajendran , Dr. A Jalalaudeen  and Dr. V.D Bulbule  are some of the names, who has significantly contributed for the development of ducks in India.

Transplanting Western technology to Eastern countries resulted in complete failure even in case of Khaki Campbell. There is vagrant need to return to domestic source of knowledge and domestic breed and introduce authentic model/breed most suitable for our country. According to the  Ravindran et al.,(1984)   reported that the poor acceptability of khaki Campbell was due to their poor egg size and increased susceptibility to diseases compared to desi ducks.

Ducks are remarkable ability to glean and subsist on feeding material that is not used by human population or not retrievable by chicken and other domestic animals.

Orvia, France has developed duckling automated sexing using camera technology to differentiate between black-eyed males and red-eyed females. At the viewing position on the conveyor belt, sexing at a rate of three birds per second is followed by automatic sorting and counting. Ducklings do not need to be handled and there is a low staffing requirement compared with more manual systems.

As a consequence of domestication and intensive farming where in but few generation, its feral brooding and migratory (Flying ability) are lost forever.

The West Bengal and Kerala (India) . The Nile of Egypt and Michigan (USA) Duck production has local importance in the world duck production map.

* 85 percent global production of duck is in Asia and mainly in China.

* Unlike the drake of other breeds, the Muscovy male has no curl feathers in his tail. Unlike other females (Ducks), the incubation period is 36 days. Also the Ducklings are not in first full feather until 16 weeks of age, whereas the ordinary duckling is in full feather at 12 weeks.

* The Peckin duck is preferred in Asia and South Asia. Muscovy is preferred by European countries, especially France.