High ambient temperature is one of the most important stressors for poultry and has a direct relationship on the profitability of meat and egg production. The ideal temperature for broilers is 10-220C for optimum body weight and15-270 C for feed efficiency (Kampen, 1984). Layers will produce eggs constantly at temperature of 10-300 C. Above 300C, performance declines in terms of growth and egg production. Hence, reducing the heat stress on broilers through nutritional manipulation would be valuable. 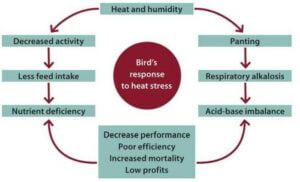 * Increasing the energy content of the diet can partially overcome the growth depression. 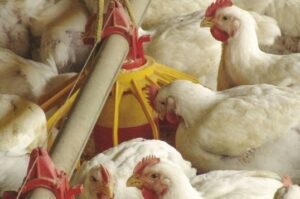 * Boost the energy level of these diets by adding fat. This practice not only increases the energy intake but also reduces the specific dynamic effect of the diet, which helps birds to cope better with heat stress. High fat diets (5%) helped in reducing the detrimental effect of heat stress in broilers raised at 29-36°C (Ghazalah et al., 2008). High fat content of the diet helps to reduce heat production, since fat has a lower heat increment than either protein (or) carbohydrate. The addition of fat to the diet also appears to increase the energy value of other feed constituents (Mateos and sell, 1981) and has been shown to decrease the rate of food passage in the gastrointestinal tract and thus increase nutrient utilization (Mateos et al., 1982).

Special consideration should be given to the amino acid balance of the diet. Diets containing lower protein levels and supplemented with the limiting amino acids (methionine and lysine) give better results than high protein diets. 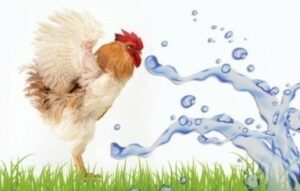 Electrolytes supplementation need to be increased due to acid-base imbalance derived from heat stress. Birds loose more electrolytes through feces and this loss need to be compensated in order to maintain health and productivity. 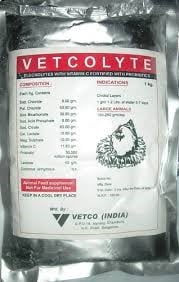 Use of vitamins and electrolytes during hot season in the drinking water for 3-5 days is beneficial.

* Supplementation with vitamin C can reduce the negative consequences related to rise in plasma corticosterone.

* Corticosterone is the main hormone related to stress in poultry. Heat stress can cause up to fivefold increase in plasma concentrations of corticosteroids.

Supplementing with vitamin C limits the increase of body temperature, stimulates growth in broilers, improves the quality of the carcass and it is related with increased laying rate, stronger eggshell and healthier day-one-chicks.

* Vitamin C supplementation in the rations at the rate of 50-300 gm/ ton of feed and 1gm/ litre of drinking water enhances the survival of birds exposed to acute heat stress. 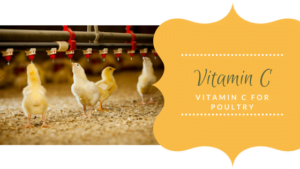 * Phytogenic compound is the parts (e.g. seeds, fruits, roots and leafs) of various aromatic herbs and spices (e.g. garlic, oregano, thyme, rosemary, coriander and cinnamon) as well as to their respective plant extracts in the form of essential oils (Windisch et al. 2008).